On April 8th, 2016, a dance-off and vote was held for the three final entries in the "Dance for Irfôna" competition. This was a competition to choreograph a dance to the tune Irfona's Waltz, written by Charlene Thomson in memory of Irfôna Larkin. Details on the competition including the instructions for Mary Williams winning entry can be found here and the entire evening's program here (scroll down to April 8, 2016)

Live music for the evening was provided by the The Playford Players who were joined by guest musician Ross Davison.

In addition to the events of the competition, the club also thanked Jude Larkin, seen with Mary in the last photo, for the music stand the Larkin family donated to the OECDC. The finely crafted music stand was hand made by Irfôna's late husband, Brian, about 10 years ago. The plaque pictured is to be attached to the stand. 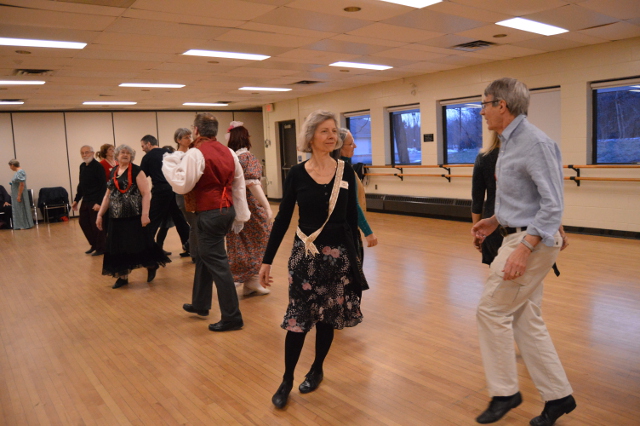 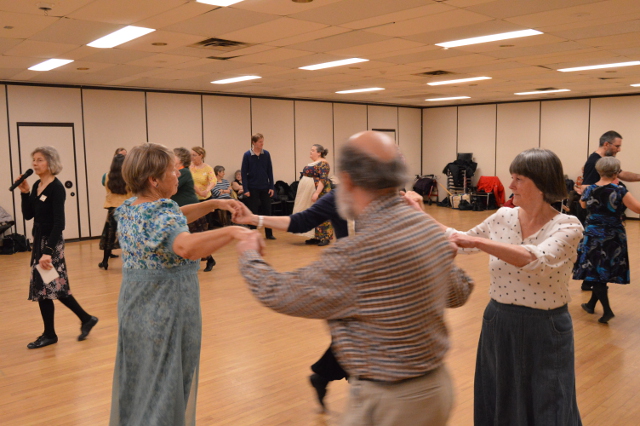 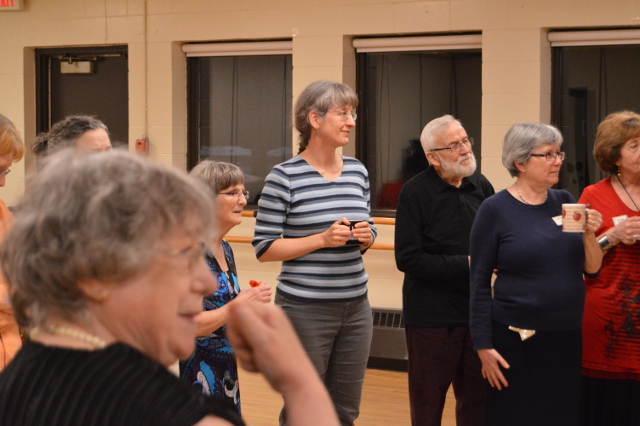 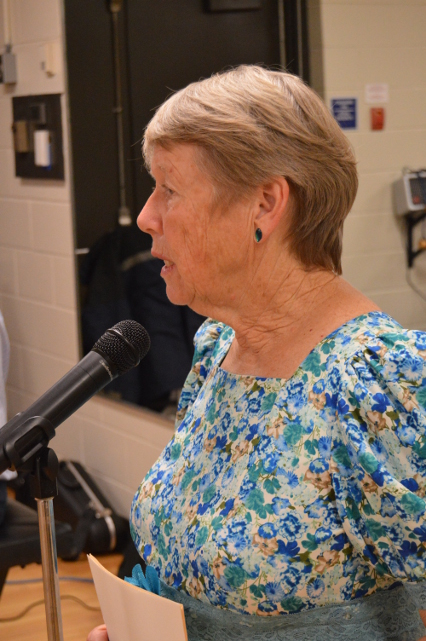 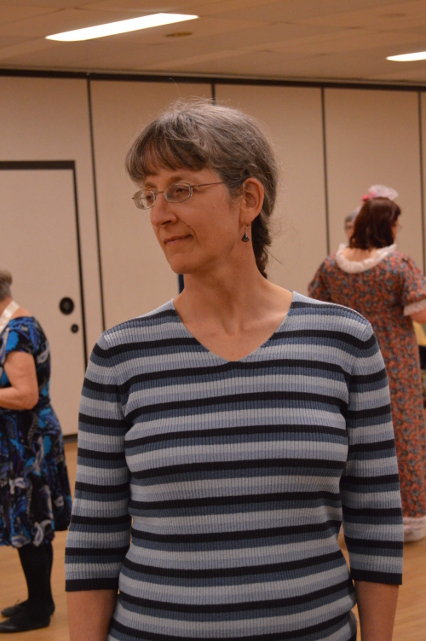 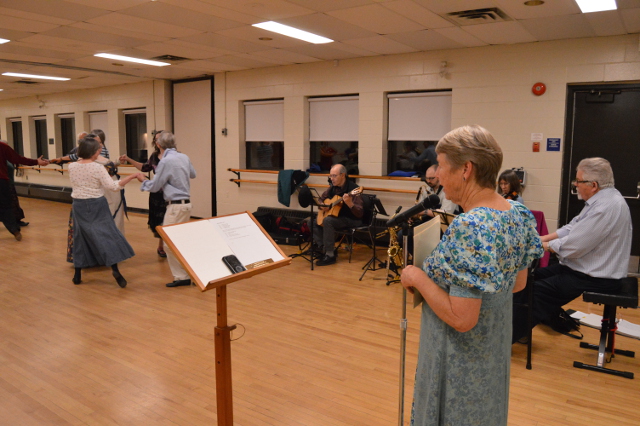 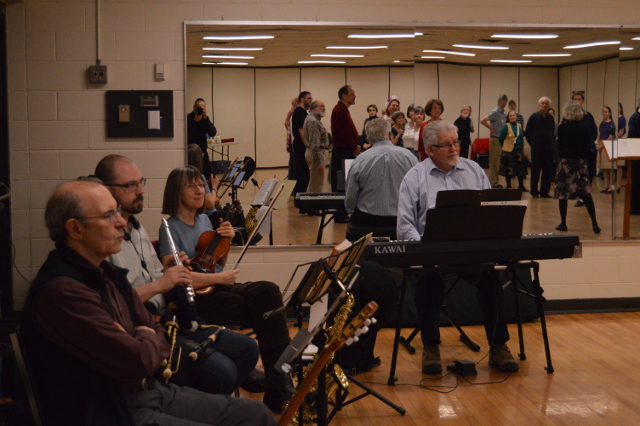 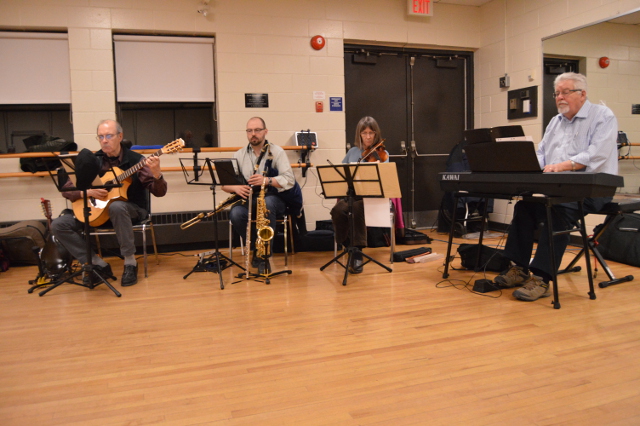 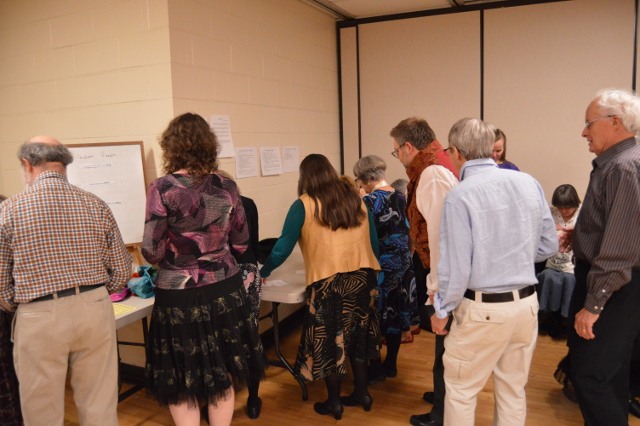 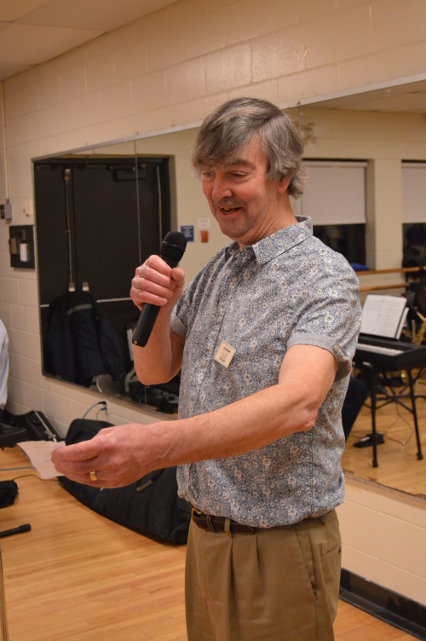 Seen here with Gregory who called Mary's competition entry earlier in the evening. 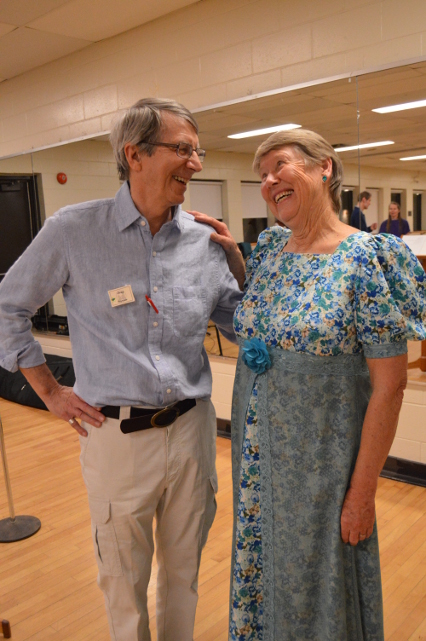 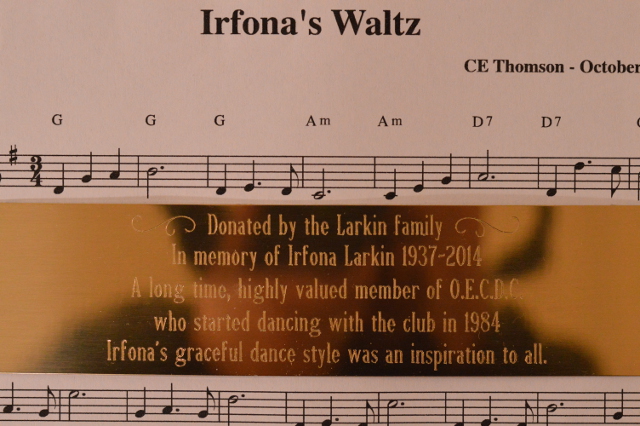 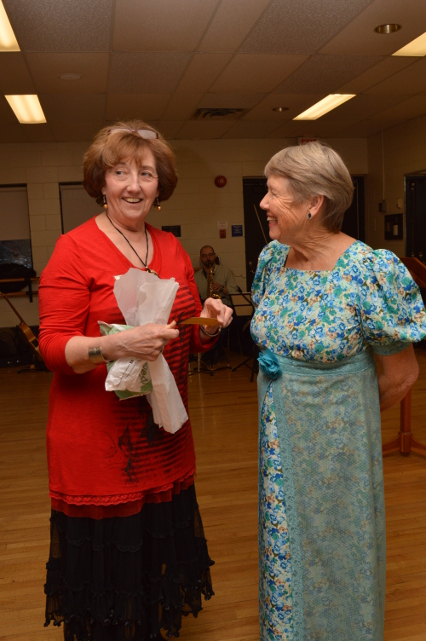