Christopher & Jennifer Chaundy enjoyed English and Scottish country dancing in England before emigrating to Canada. After discovering EC dancing flourishing in Peterborough in 1982 under David and Catherine Gallop, and meeting there other keen Ottawa dancers, including Nigel & Angela Kilby and John & Mary Nash, they organized their first English Country Dance in Ottawa in January 1984.

The Club moved to Pinecrest C.C. and the seeds of what was to become our annual dance weekend "A Trip to Ottawa" were sewn. On March 4th 2006 a dress-up Ball, "March Forth", with local callers and the Waickman (family) Band was held. Following this success, the "Tulip Ball" was held in 2007 again with local callers (Irfôna, Nigel & John) and the The Playford Players.

In 2007 the club moved to the Mlacak Centre, Kanata, and a much bigger hall. Here the Club has grown to approximately 50 members with many regular callers and frequent live music by the club's now resident The Playford Players. Friday night dances are held weekly September through May.

Perhaps distracted by the move to Mlacak, in 2008 there was no Ball!!; this was enough to formalize things a bit and a "Ball Group" (comprising Michelle, Sara, Irfôna & Mary) was formed resulting in 2009 "May We Dance" with, for the first time a guest caller, Orly Krasner, and guest musicians, The Fine Companions.

Coinciding with the 25th anniversary of the club's founding, The Ball Group subsequently became the Ball Committee. The event was expanded into a dance weekend anchored by the Saturday evening dress-up ball, it was given a new name "A Trip to Ottawa" moved from May to a better time in the ECD calendar, early November, and a much larger hall. A Trip to Ottawa has been held every year since - see Gallery pages.

A Trip to Ottawa has become increasingly popular year over year and in 2018 we were forced to limit numbers to 96 dancers to allow sufficient space to dance without having to restrict the repertoire.

Since 2009, in addition to the Regular Dance (Fridays), an "Advanced" Dance is held. It happens Wednesday, twice a month, at Orange Hall, Westboro. Intended for dancers who know the basics (as taught in our class) and are ready for something a bit more challenging, occasionally a lot more challenging! (but before 9:00).

In 2010 the club was incorporated in Ontario under the name Ottawa English Dance, a Non Profit Organization (NPO), to promote the enjoyment of English Country Dance. The AGM is held at the end of the dance season at Orange Hall.

With the encouragement of June Harman, in 2017 a new local band emerged. Quite Carried Away, complementing the Playford Players, significantly increased the number of our regular Friday Dances with live music. (QCA played occasionally prior to 2017 under that name as well as The Hole in the Wall Gang.) In addition to the Regular Dance they have played the Friday evening Welcome Dance for A Trip to Ottawa too. Quite Carried Away is lead by Milan Skubnik (violin and other curious instruments), with Edith Troup (keyboard), & Serban Gheorghe (violin) forming the core. They are joined intermittently by Suzette Argo (recorder & flute), Mary Nash (violin), Mitzi Hauser (whistles & occasionally percussion), & Jonathan Werk (woodwind, not to mention two tin whistles - played simultaneously).

By 2019 rising costs in Westboro prompted the club to look for an alternative to Orange Hall. As a result of a search by Mary Shleifman, club president, "Summer Dances" were held to test the McNabb Community Centre in downtown Ottawa. By no means perfect it past the test and so became the venue for "Advanced Dances" starting September 2019.

After dancing to live music by our house band The Playford Players for over 15 years we wish them all the best in retirement. They retired in December 2019.

Read All About It! We're in Kanata Community Voice! click/tap here then scroll down to page 14. Photos were taken at September 6th dance at the Mlacak Centre, Kanata. 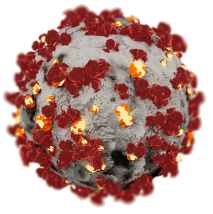 On March 13th 2020 the WHO announced that something called the Coronavirus is causing a global pandemic, later Covid-19. Two days later was our regular Friday dance. We had heard the news and some people came to the dance prepared. Some wore gloves, Mary & David wore improvised masks made from goggles and clear plastic. Toward the end of the evening the city rep appeared to tell us that all city facilities would be closed likely for up to a month. The rest is history

Two years to the day since our last dance, Ontario relaxed most Covid restrictions. We heard from the City of Ottawa that the hall was open to book, a Post-Covid Dance was held April 8th.

During the pandemic Mary Shleifman, club President, kept the community together through weekly Zoom meetings. Zoom? another thing few knew anything about in Spring 2020!

We remember prominent club members no longer with us here ...

In addition to Club Member's contributions to this web site, the English Country Dancing image in the header is from a sign painted for the club by early club member Holly Lennox. Jane & Keith Thompson occasionally give design and artistic critique. The following tools, available free on the Internet, are used for web site management: EditPad Pro © written by Jan Goyvaerts; WinSCP © from SourceForge; SASS © written by Hampton Catlin, Nathan Weizenbaum, Chris Eppstein; Jernej Simončič for Windows version of Gimp ©; and Ruby © written by Project Contributors. Not to mention Stack Overflow.